Re-investigation of murder evidence thanks to Project Reasonable Doubt 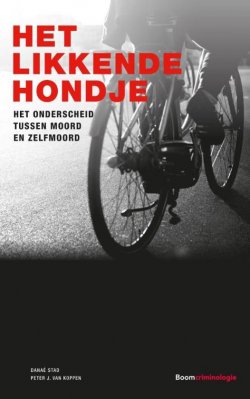 After the death of Regie in Rosmalen in 2000, her boyfriend was convicted of manslaughter in 2007. This case was investigated by Project Reasonable Doubt, about which the book “The licking dog: The distinction between murder and suicide” was published. The attorney general has now decided to re-investigate the forensic evidence in this case.

With the help of that book, lawyer Pieter van der Kruijs submitted the case to the Advisory Committee on Closed Criminal Cases (ACAS). The Dutch Forensic Institute (NFI) then investigated the reports by forensic experts. The experts turned out to have made too bold statements about the blood pattern evidence, which made the scenario that Regie’s boyfriend murdered her seem more likely than the scenario that Regie committed suicide.

So far, the NFI has only studied the forensic expert reports, but not yet the underlying material (the pants and shoes of the convicted person). Investigation of that material could provide new insights in the case. Because the conviction was based almost exclusively on the expert reports, attorney general Diederik Aben has decided to grant the request to investigate the pants and shoes. This is an exceptional decision, since requests for further research in closed criminal cases are almost never granted.