In the research project Bodycams, financed by the Police & Science programme, legal psychologist Dr. Annelies Vredeveldt and criminal law scholar Linda Kesteloo, LL.M. investigate the influence of bodycams on the evidence in criminal cases. They are assisted in this project by researchers Alieke Hildebrandt, Renske van der Steen and Dewi Hollander.

The use of bodyworn cameras (bodycams) for police officers is getting more and more popular in The Netherlands and abroad. The primary reasons for introducing bodycams are to prevent unwanted behaviour by both police officers and civilians, and to increase transparency regarding police actions. A potential side effect could be that wearing a bodycam, or subsequently viewing the bodycam footage, could affect the content of police reports about witnessed incidents. 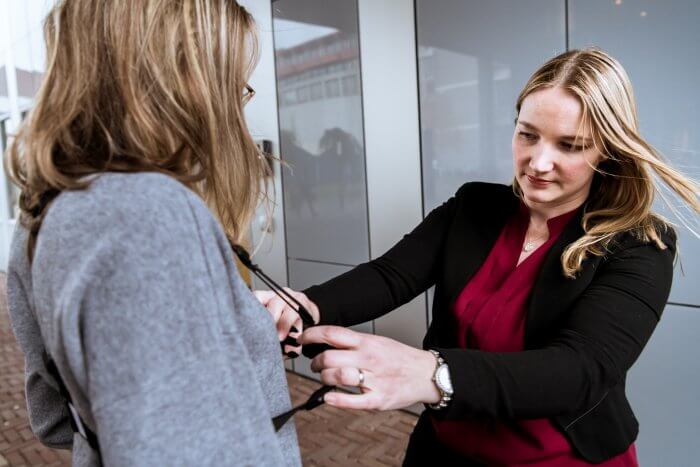 The aim of this research project is to gain insight into the influence of bodycams, worn by police officers, on the evidence in criminal cases.

The following main findings resulted from the quantitative, qualitative, and legal analysis:

The legal analysis showed that bodycam footage is rarely used as evidence in Dutch criminal cases. Nevertheless, bodycam footage has the potential to play a useful role, for example, in answering the question if the defendant committed the alleged facts, in judging the legality of police officers’ actions, or in checking the content of police reports. An important condition is, however, that any changes made after watching the bodycam footage must be explicitly mentioned, so there is no confusion about the source of the information.

Based on the main findings, three practical recommendations are made to police officers:

These guidelines will facilitate the potential added value of bodycam footage for police investigations and as evidence in criminal cases.

The complete report is available here on the website of Police & Science (only available in Dutch). An 11-min presentation on the study can be viewed here: